Skip to Main Content
It looks like you're using Internet Explorer 11 or older. This website works best with modern browsers such as the latest versions of Chrome, Firefox, Safari, and Edge. If you continue with this browser, you may see unexpected results.

Faculty often want to know the top journals in their field, or what ranking or impact a particular journal has. These are some of the sources that one can use, as well as tools that try to match abstracts to journals to help one identify the appropriate j

Eugene Garfield, the founder of the Institute for Scientific Information (ISI), first proposed the notion of citation indexing and journal impact factors in a 1955 article in Science magazine, and further explained impact factor in a 1972 article, also in Science. ISI is now owned by Thomson Reuters, and they explain impact factor as the "ratio between citations and recent citable items published. Thus, the impact factor of a journal is calculated by dividing the number of current year citations to the source items published in that journal during the previous two years."

Needless to say, there are those who object to relying on JIF (journal impact factor) to determine a journal's quality or importance, or an author's reputation. A 2016 article on the Science magazine website points out that, "for the articles published in any given journal, the distribution of citations is highly skewed. A small fraction of influential papers get most of the citations, whereas the vast majority of papers get few or none at all. So the average number of citations is often highly misleading." A 2014 article observes that, "the JIF is not representative of the impact of individual articles; an article published in a high-impact journal shouldn’t automatically be assumed to be of great importance or quality." Just type "impact factor" and "criticism" into a library database or search engine, and you will find numerous articles.

Another point of contention is that even though there are hundreds or even thousands of journals published in some fields, Journal Citation Reports (JCR) is highly selective in deciding which journals to track. As a 2004 article notes, "Unfortunately, despite good intentions, this selectivity on ISI's part has the unintended consequence of concealing the success of new journals." There is also a bias toward the sciences and social sciences at the expense of the arts and humanities. And a 2013 study found that only 7.9 percent of the titles included in JCR were Open Access (OA) journals.

Another measure of an author's impact is the h-index (developed by the scientist Jorge E. Hirsch). The h-index reflects an author's total number of publications as well as the number of citations per publication: a scholar with an index of h has published h papers, each of which has been cited at least h times in other papers.

The rise of social media has led to "altmetrics," which attempts to quantify the impact that an author or article has through the number of times it has been shared via social media, such as blog posts, tweets, downloads. One company that offers altmetrics is Plum Analytics, and after being acquired by EBSCO, Plum altmetrics data is now offered (where available) in EBSCO databases.

Garfield, E. (2005, September 16). The agony and the ecstasy – the history and meaning of the journal impact factor. International Congress on Peer Review and Biomedical Publication.

Garfield, E. (1972). Citation analysis as a tool in journal evaluation: Journals can be ranked by frequency and impact of citations for science policy studies. Science 178(4060), 471-479.

SCImago Journal & Country Rank is a freely accessible website that uses data from Scopus to analyze both journals and countries. Although the data is accessible from within Scopus, it can also be accessed directly through its own domain. It includes more journal titles than JCR.

Google Scholar Metrics ranks the top 100 publications in English and several other languages, based on the journals' h-index for articles that were published in the last five calendar years (h5-index). Users can select broad categories from the drop-down menu (such as Social Sciences) and then subcategories (such as Library & Information Science).

For authors, Google Scholar can track citations for your publications.

ERIH PLUS, the European Reference Index for the Humanities and Social Sciences, only lists the most important and prestigious journals published within the European Union, and the journals must meet strict criteria for inclusion.

Developed by Prof. Mark Eaton at Kingsborough Community College, Open Journal Matcher is a free website that attempts to match the text of a draft abstract with the abstracts of the over 5,000 titles from the Directory of Open Access Journals. It ranks the journals by similarity and returns the top five matches.

Elsevier matches words from your title, abstract, and keywords to Elsevier journals.

Eigenfactor attempts to measure a journal's total importance to the scientific community, using information from Journal Citation Reports. Although the data is accessible from within JCR, it is also freely accessible directly through its own domain.

The April 2020 issue of The Charleston Advisor has a fascinating article - "Scopus CiteScore and Clarivate Journal Citation Reports" - that compares the two resources.

Journal Quality List is compiled and edited by Prof. Anne-Wil Harzing "to assist academics to target papers at journals of an appropriate standard." It currently includes journals in the areas of Economics, Finance, Accounting, Management, and Marketing, and the list can be downloaded for free. 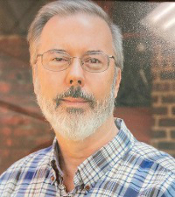