Congratulations to our College Assistants

We rely on our College Assistants at York College Library for their hard work and friendly, helpful demeanors at the Circulation & Reserves desk. This year, three of our College Assistants graduated with the Class of 2019, and we are proud of their accomplishments. Our heartfelt congratulations to Vandevika Chattergoon, Alana Pahlad, and Arileyda Pena! We would love for you all to stay, but we hope you find lucrative, satisfying careers in your chosen fields of study: Vandevika, in Information Systems; Alana, in Computer Science; and Arileyda, in Health Sciences. Thank you for all your hard work, and best wishes! 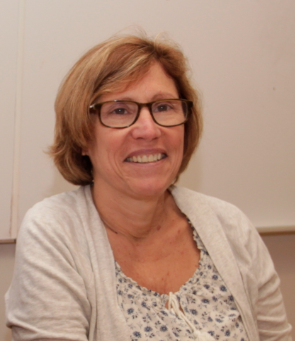 Professor Christina Miller is among a very select group of individuals who have contributed to the community of York College as both a student and as a member of the faculty.  Before she became Professor Miller, Christina grew up in Queens in a family of New York City Firefighters.  She graduated from York College in 1983 with a BA in Economics, “As a student at York College, I had the privilege of taking classes with fantastic professors - among them, Drs. William Divale, Eugene Levin, William Morton, Shirley Ostholm, and Peter Ranis, who I will never forget and who shaped my thinking forever. I also took a Spanish class with my mother (!!), who later earned a BS in Nursing from Hunter College. My years as a student at York can be best described in one word, as “nurturing.”

“As a librarian at York, I did what I could to ensure that current York students might also feel nurtured, and I know my colleagues did (and do) the same - that is why I loved York as a student and loved returning as a faculty member. It’s clear to me as I’ve interacted with students over the years that indeed most do recognize and appreciate this culture of nurturing. I hope they will remember their time at York as fondly as I do.” 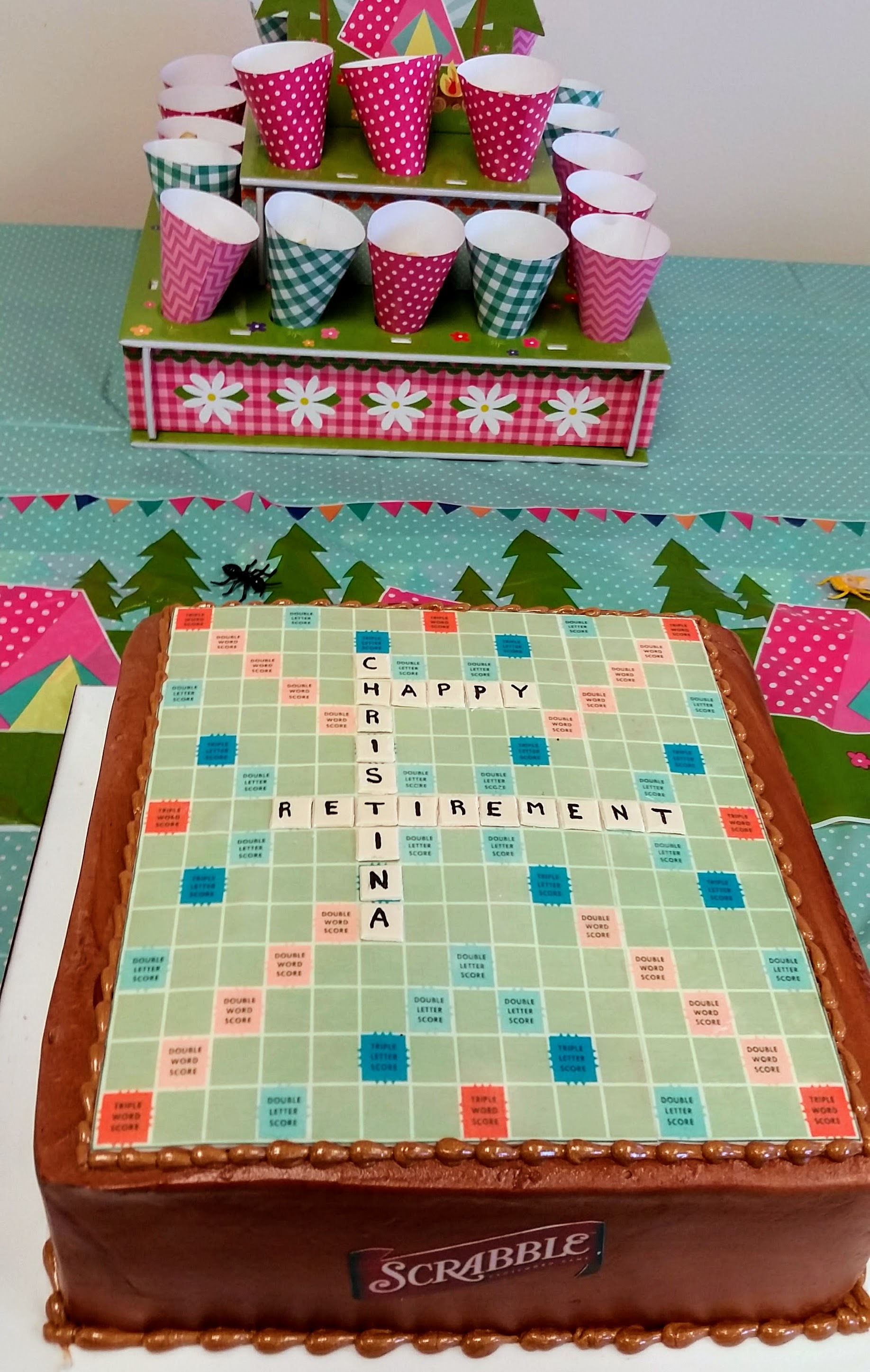 Then in 1991, she graduated with a Master’s in Library Science from Queens College, CUNY. After working at Queens Public Library, Professor Miller joined the Library Department at York College as an adjunct and became the founding High School Librarian for Queens High School for the Sciences at York College (QHSSYC) when it opened in 2002.  Soon after, Professor Miller had earned her Certification as a School Media Specialist and followed this up with a second Master’s in Literacy Education focusing on grades 5-12.  By 2008 Professor Miller was fully prepared to design an information literacy program that would support high school students as they transitioned to college, and when she took on this new full-time role it was unique within CUNY.[1]

In addition to her dedication to instruction and growing body of research, Professor Miller guided the development of the Juvenile and Young Adult collections, the Reference Collection, and a variety of subject specialties including Anthropology.  When York launched a major in Journalism, she consulted with Professor Glenn Lewis to ensure the library’s collection grew to fully support the program.  For several years she worked on the Common Reader Program at the invitation of Professor Anamika Megwalu and under the direction of Dr. Cynthia Haller.  This team of York professors focused on nurturing the practice of critical reading, integrating information literacy into the curricula, and building a learning community.[2]  Professor Miller presented locally and internationally, acquired grants from the NEH, and was a lead editor of this very newsletter.  Therefore, it was truly bittersweet when in the Spring of 2018 she announced that she would be taking Travia in the Fall of 2018 leading to her retirement.

Throughout her time here Professor Miller became an integral part of the department and the college, unofficially mentoring those of us who joined the department after her and always bringing a truly collegial, one might even say jovial, sense to the work day.  We are all glad that she will now be able to share retirement with her husband Dr. Scott Miller, and have more time for their three children, Elizabeth who has a career as a nurse, Stephanie who became an English Professor, and Scott who joined the New York City Fire Department.  Christina’s continued dedication to the library can still be seen as she continues to take on special projects in her retirement such as overseeing the reconfiguration of the Juvenile and Young Adult collections this past year.  While York College will never be the same without her, it will always be better because of her. 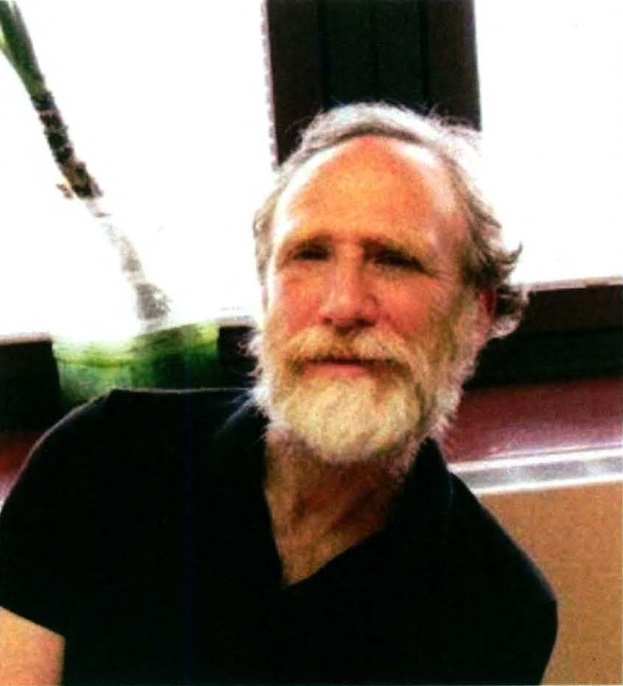 The last day of the spring semester is usually a day of celebration, but this year in the York College Library it was anything but, for we received the truly sad and unexpected news that our friend and former colleague, Robert Machalow, had passed away on May 21, 2019.

Bob was initially hired on a Substitute line in 1982 by Chief Librarian Gladys Jarrett while another librarian, Marta Franco, was on a leave of absence.  His performance was obviously impressive, since he was later able to move to a tenure track line.  During his thirty-two-year career at York, Professor Machalow held just about every job in the Library, overseeing (at various times) Serials, Systems, Bibliographic Instruction, Interlibrary Loan, Circulation, Reserve, Archives, and the Curriculum Materials Center.  From 1992 to 2007, he served as Chief Librarian and Chair of the Library Department.  He also taught as an adjunct in the English Department for several years.  A prolific writer and scholar, he rose through the ranks and was promoted to full Professor, and upon his retirement was made Professor Emeritus.

A graduate of Stony Brook University (B.A., English), Indiana University (M.A., English), and Rutgers University (M.L.S., Library Science), Professor Machalow worked at several companies prior to his York career, including the H. W. Wilson Company, the Children’s Television Workshop, and the Foundation Center, as well as teaching English at the Brandeis School (Lawrence, NY) and Remedial Reading at Hudson County Community College.  He also worked as a librarian at Hudson County Community College, as well as at Polytechnic Institute and the College of Mount St. Vincent.

Professor Machalow contributed a monthly column for several years in Computers in Libraries and also wrote articles in several other professional publications, such as the Reference Librarian and Library Software Review.  He also authored five books on the use of software in libraries, including 101 Uses of Lotus in Libraries (Meckler, 1992), Using Microsoft Excel: A How-To-Do-It Manual for Librarians (Neal-Schuman, 1991) and Using Microsoft Works: A How-To-Do-It Manual for Librarians (Neal-Schuman, 1992).  An inveterate tinkerer who was never afraid to get his hands dirty, Bob was equally comfortable behind the reference desk or taking apart a CPU, and he shepherded the Library from the card catalog era to the internet age.

Known for both his sense of humor and his bad puns – yes, when he was the Chief Librarian, he really did like to introduce himself as the “Cheap Librarian” – Bob made our jobs fun and interesting.  And there were a lot of smiles in between the eye rolling.  We were blessed to have known him, whether it was for many years or for just a short time.  We will miss you, Professor Books. 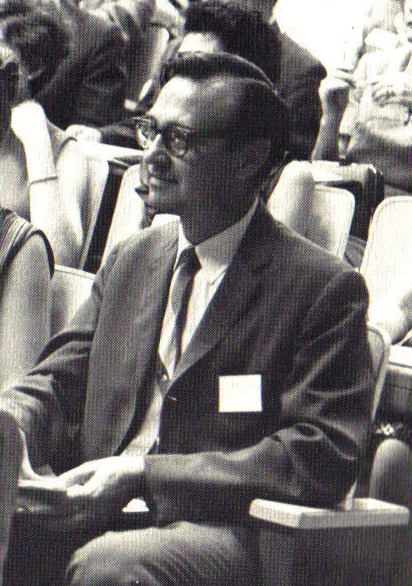 In 1968, George M. Bailey was in his fifth year as Executive Secretary of the Association of College & Research Libraries (ACRL), a division of the American Library Association (ALA), while York College (founded in October 1966) was about to begin its second academic year.  Since the York Library was located in the basement of the Queensborough Community College Library, it made sense that during its first year, the Queensborough Chief Librarian (Charles Pappalardo) oversaw the York Library.  But York needed its own Library leadership, so the college recruited George Bailey to become its first Chief Librarian, and also hired two additional Library faculty members, doubling the number of librarians from three in its first year to six in the second.

During his time as Professor & Chief Librarian at York (1968-1971), Bailey remained active in national and regional library organizations, serving as chair of ALA’s Cooperative Reference Services Committee, and giving presentations around the US, including talks at Rice University (“The Humanities and the Modern Library”) and at Rutgers, both in 1969.  Among his publications were articles in Illinois Libraries (“Demands on College and University Libraries Facilities in Metropolitan Centers”), Drexel Library Quarterly (“The Role of the Standards”), Rice University Studies (“The Dream of the Future”), and a chapter co-authored with Jay K. Lucker (“College and University Libraries”) in Planning for a Nationwide System of Library Statistics (Washington, DC: National Center for Educational Statistics).  Bailey also compiled Directory of Cooperative Reference Service Programs: A Preliminary Edition (Chicago: American Library Association, 1972).

As a brand new institution, some in the York College administration chafed at Bailey’s off-campus activities, and he also had some disagreements with city and college administrators about the budget and his requests for more personnel.  During a 2005 telephone interview that I conducted with him, Bailey said that he purchased about 45,000 volumes to build the Library’s original core collection, and recalled being lambasted at a meeting by New York City Mayor John V. Lindsey, who said that he could go down the street and buy books for five cents each.  Some of his staffing requests were granted, however, and the Library added two additional faculty lines, bringing the number of librarians to eight.  The Special Middle States Evaluation Team that visited York in 1970 for its accreditation noted that, “The library has moved quickly to develop an excellent early collection…  [and] the library is well managed and has a strong service orientation with respect to faculty and students.”

Professor Bailey left York in the summer of 1971, before the college moved to Jamaica, and he went on to have a long career in California as Associate Director of Libraries at The Claremont Colleges (1971-1989).  After retiring, Bailey and his wife Claire, who had been a travel agent, became travel consultants and led the Pomona Travelers group (1990-2002), traveling the world together.  Having met in 1949 and been together for nearly seventy years, it seems like fate that George and Claire Bailey died a week apart from each other.  According to a joint obituary in the Claremont Courier, George died at age 94 on July 31, 2018, and Claire died at age 92 on August 6, 2018.  The York Library faculty members who came after Professor Bailey are left to ponder what might have been, had he stayed here.